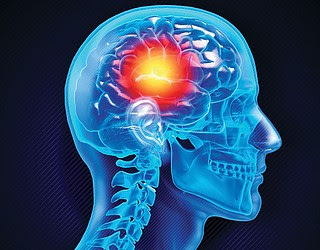 The state’s contribution is part of a public-private partnership intended to provide hyperbaric oxygen therapy for vets suffering from various brain injuries. (MetroGraphics)

The State of Arizona is allotting $25,000 to a nonprofit, Healing Arizona Veterans, to expand its private-public partnership and help it reach its goal of raising $600,000 to treat 50 veterans who suffer from traumatic brain injury or PTSD.

“The message it’s sending is that the state is now behind us,” said Sa’ad Allawi, who serves on the board of Healing Arizona Veterans.

The contributions will be used to treat Arizona veterans through HBOT at two six-person chambers located in Tucson and Cave Creek, Arizona.

HBOT involves patients breathing in 100 percent pure medicated oxygen through a mask while sitting in an enclosed chamber for one-hour sessions. The treatment helps the body;s healing process for neurological and cognitive functions without the need for prescribed drugs or surgery, according to Henricks.

Although not federally recognized, HBOT has aided nearly 2,300 American veterans who had traumatic brain injuries, she said.

Robin O’Bannon, an 18-year U.S. Air Force veteran and the mother of two boys, can attest to the positive effects of HBOT.

“Speaking from a veteran’s perspective, there’s nothing more meaningful, nothing more powerful than getting your life back,” O’Bannon said.

She served during operations Desert Shield, Desert Storm and Southern Watch and was injured.

“There was an explosion above my head as a scud missile was intercepted by a patriot missile,” she said.

“When you get to a place where you lose your greatest asset, which is your health, and you are trapped in a body that doesn’t work, things can get really dark really quickly,” she said.

But receiving treatment at the NorthStar hyperbaric oxygen therapy chamber led to her recovery, O’Bannon said.

“Do I believe in miracles? Oh, I absolutely do. I have to tell you; it has made such an amazing difference in my life,” he said.

— Information provided by the office of Gov. Doug Doucey